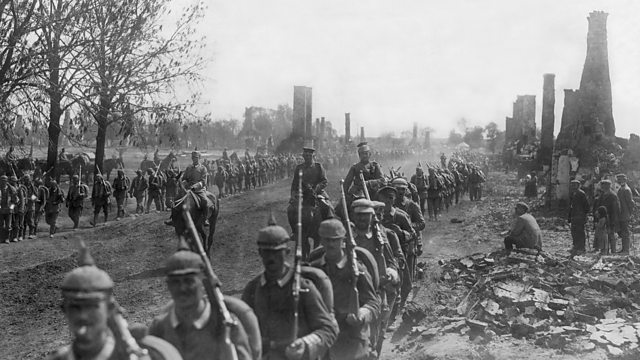 Music in the Great War

Piano concertos for the left hand by Korngold and Hindemith commissioned by Paul Wittgenstein, who was injured on the Eastern Front during World War I.

After sustaining an injury on the Eastern Front during the First World War, the Austrian concert pianist Paul Wittgenstein subsequently re-learned to play the piano with his left hand alone. He commissioned a number of new works, including these pieces by Korngold and Hindemith, as well as the more famous concerto by Ravel.