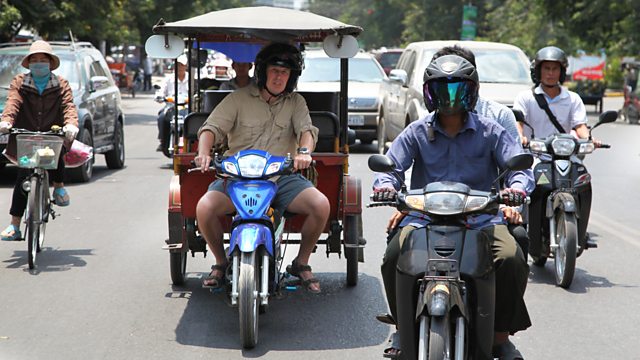 A Cabbie Abroad
Episode 1 of 3

London cabbie Mason McQueen drives taxis in different cities. In Phnom Penh, Cambodia, he gets to grips with the tuk-tuk. Can he navigate the chaos and anarchy?

London cabbie Mason McQueen follows up on his experiences in Toughest Place to be a Taxi Driver as he takes on a global taxi-driving challenge.

Mason's first challenge brings him to Phnom Penh, the capital of Cambodia, where he will be getting to grips with a very different kind of cab, the tuk-tuk. Living and working with a local driver, 46-year-old Polo Doot, Mason takes his life in his hands as he learns to drive what is essentially a converted scooter on the chaotic streets of Phnom Penh.

Through the eyes of his host, Mason discovers a country where inequality is surging, as the wealthy elite profit from a property boom, while a third of the population still lives on less than a few dollars a day. Protests by the victims of land grabs continue in Phnom Penh, even though police have used extreme violence to quell civil unrest in the past.

Mason faces an emotional and sometimes terrifying journey as he adapts to life in the Cambodian slums, where deep fried tarantula appears on the menu and where traffic mayhem is commonplace. By the end of his stay, the cockney cabbie has to take paying customers as a fully fledged Cambodian tuk-tuk driver.

See all episodes from A Cabbie Abroad 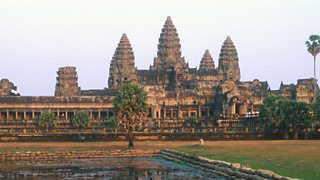 Find out more about the countries visited in A Cabbie Abroad