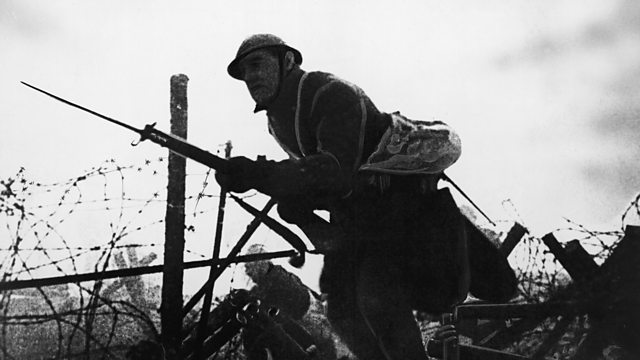 Afternoon Concert Music in the Great War
Episode 6 of 10

Continuing Radio 3's Music in the Great War season, Katie Derham introduces an afternoon with French composers whose lives and work were affected by the conflict. First, Symphony No. 3 by Alberic Magnard, who became a national hero in 1914 when he died defending his land against the German invaders. It's followed by Charles Koechlin's String Quartet No. 3, a piece started during the war but finished once it was over. After that, it's Albert Roussel's Symphony No. 2, written in 1919 as the composer reflected on life after the destruction. Then, a couple of miniatures also inspired by the war: first Lili Boulanger's take on Psalm 24, remembering that she and her sister worked on a journal of music which was sent to ex-pupils from the Conservatoire who were at the front, including Ibert, whose piece Chant de Folie comes next.
This week also features recent recordings by the Ulster Orchestra. Today we include a piece, appropriately French, from the last concert given by JoAnn Falletta as Principal Conductor of the ensemble: Ravel's Ma mere l'oye.

Episode 5—Music in the Great War