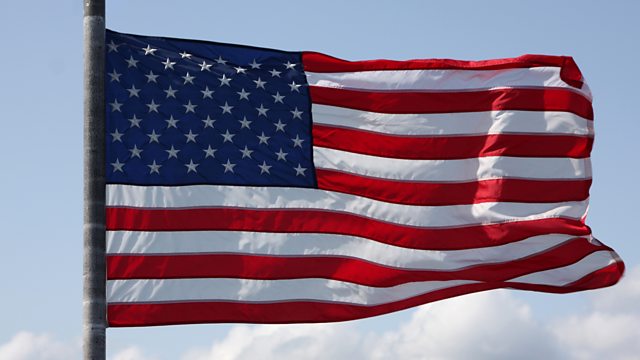 O Say Can You See?

Author Erica Wagner explores America's relationship with its national anthem, an ode to the Stars and Stripes.

The author and critic Erica Wagner, a New Yorker by birth, explores America's relationship with its national anthem.

The Star-Spangled Banner is embedded in American national identity and yet it only became the official national anthem in 1931. Erica returns to its origins, almost exactly two centuries ago at the Battle of Baltimore in 1814, a decisive moment in the Second War of American Independence, to find out how Francis Scott Key came to write these lyrics about the American flag. She speaks to the acclaimed American poet Mary Jo Salter about the merit of the lyrics, and to the musicologist David Hildebrand about how the music changed over time to become the anthem we know today.

Central to the appeal of The Star-Spangled Banner is the reverence - what some term the religiosity - which the United States has for its flag. Through insights from Annin Flagmakers, the oldest surviving flagmaking company founded in 1847, and Marc Leepson, author of biographies of both Francis Scott Key and the American flag, Erica unpicks this unique relationship - something she is always aware of whenever she returns to the United States - and examines the positive and negative responses to the anthem.

With music by Whitney Houston, Beyonce Knowles and, of course, Jimi Hendrix.