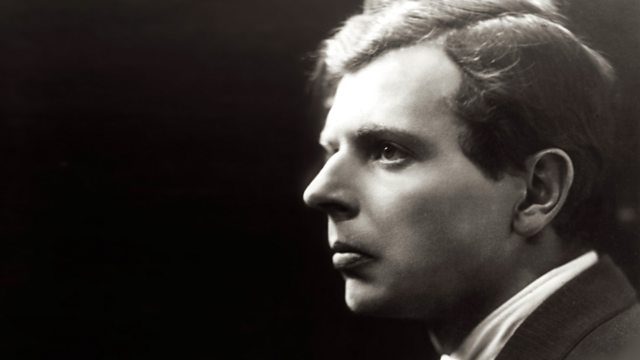 A Soldier and a Maker

Stephanie Cole, Jemma Redgrave and Richard Goulding star in Iain Burnside's play about the tragic World War One figure of Ivor Gurney. The play features many of Gurney's songs, performed by the cast, with Burnside at the piano. The production is an adaptation of Burnside's Barbican play, which was developed at the Guildhall School of Music and Drama.

Three-quarters of a century after his death, Ivor Gurney is now celebrated as both poet and composer. He studied at the Royal College of Music with Charles Villiers Stanford and Vaughan Williams and began to write poetry and songs seriously during World War One. In 1918 Gurney suffered the first of his breakdowns, triggered in part by the end of a love affair. He continued to compose, producing songs, instrumental pieces, chamber music and orchestral works; but in 1922 he was declared insane and interned in a mental hospital, where he was detained for the last 15 years of his life.

A Soldier and a Maker is directed by Philip Franks of the RSC, whose many theatre directing credits include "Private Lives" and "The Heiress" at the National, and whose work as an actor includes The Darling Buds of May and Heartbeat.

Interweaving original material with Gurney's own music, poems and letters, the results are a poignant impression of a great artist dealing with mental illness.

A Soldier and a Maker is a Perfectly Normal Production for BBC Radio 3.
First broadcast in June 2014.

Life in the Tomb