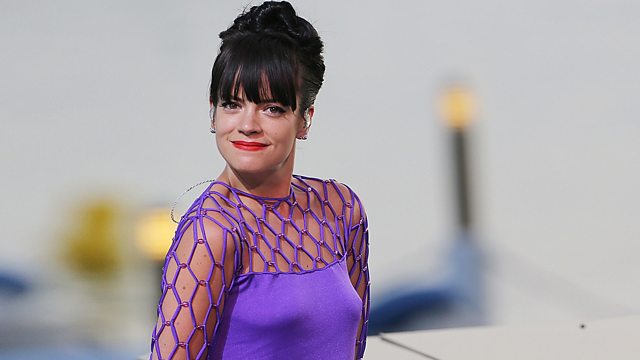 Kirsty Young's castaway this week is the singer-songwriter Lily Allen.

Less than a decade ago she dipped her toe in musical waters by releasing her demos on social media, this summer she's one of the headline acts at Glastonbury. It's 29 years since she first appeared at the festival; back then she was a new-born being carried through the crowd in swaddling. Indeed, she was as good as baptised at the font of celebrity culture - her dad, Keith, is an actor and writer, her mum, Alison, is an award-winning film producer - for a time her step-dad was Harry Enfield. So, it seems almost inevitable that she's ended up at the centre of a media-saturated life.

Except that in all likelihood she would have been propelled there entirely by her own endeavours: her lyrics are witty and wise-ass and capture concisely what it is to be a savvy, young woman today.

She says, "the only thing I can do really is write lyrics and the only way I know how to do that is by being honest and doing it with integrity because otherwise there's no point".