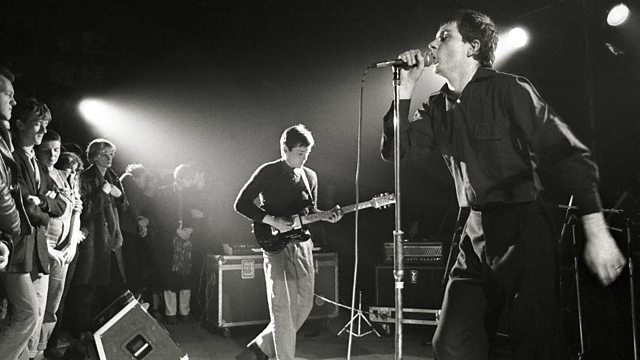 Jon Hillcock sits in for Tom Robinson and invites listeners to create a Joy Division-inspired playlist marking the 35th anniversary of their debut album.

Jon Hillcock sits in for Tom Robinson and invites listeners to create a Joy Division inspired playlist marking the 35th anniversary this month of the band's seminal debut album.

Released on 15 June 2014, this trailblazing slice of post punk from Curtis, Sumner, Hook and Morris regularly features in the Greatest or Most Influential Album lists of all time.

Music journo Jon Savage declared in the Melody Maker at the time that leaving "the twentieth century is difficult; most people prefer to go back and nostalgize, Oh boy. Joy Division at least set a course in the present with contrails for the future."

So in honour, Now Playing puts together a themed playlist featuring listener suggestions, which could include anything from Joy Division or New Order classics, side projects like Electronic or Monaco, the band's post punk peers or acts they've inspired today including Franz Ferdinand or Monaco.

Song suggestions and comments are invited via the hashtag #JoyDivision6Music on Twitter as well as through the 6 Music and Now Playing Facebook pages, the show blog, collaborative playlists on Spotify and Rdio and the usual other contact methods.