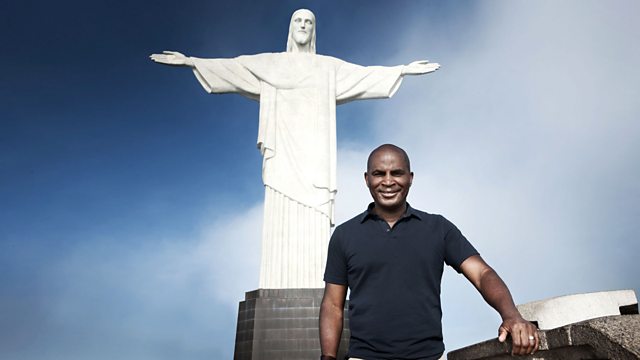 Documentary. Robert Beckford explores the spiritual diversity of Brazil and looks at the key ingredients that make up the melting pot that is Brazilian Christianity.

Robert Beckford takes a journey into the heart of Brazil, a country where football is worshipped like a national cult, but Brazil has another much older religion. One that has existed since the country was colonised by the Portuguese almost 500 years ago.

Brazilian Christianity is a mixture of influences - there is song and dance, African beliefs, indigenous Indian beliefs, and the folk Catholicism of the southern Europeans.

Robert explores the incredible spiritual diversity of Brazil by travelling to seven wonders. From the spectacular and iconic Christ the redeemer statue to the samba beat of the carnival, at each wonder, Robert looks at a key ingredient that makes up the melting pot that is Brazilian Christianity.

See all clips from Seven Wonders of Brazil (2)

Michael Palin criss-crossed Brazil to find out what makes this vast country tick.

Watch some clips from the programme

Exploring Rio's shanty-towns, the favelas, and the government's military campaign to wrest control from the drug gangs.

Go to the Welcome to Rio programme page 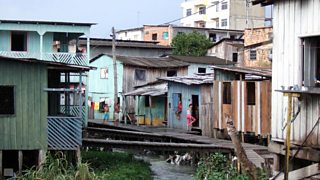