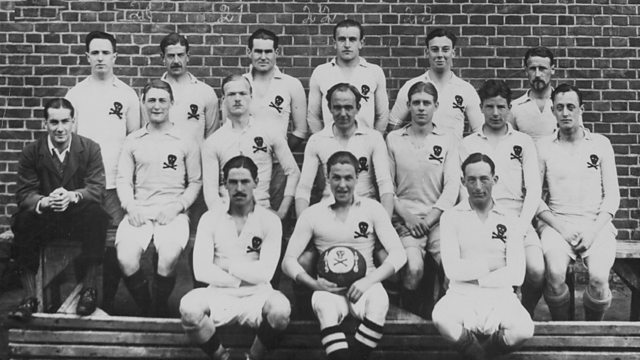 The BBC Concert Orchestra in a concert featuring words and music from two World War I internment camps: in London at Alexandra Palace and at Ruhleben racecourse near Berlin.

As part of the BBC's World War One centenary season, the BBC Concert Orchestra looks at life through the lens of prisoners held in two wartime internment camps; one in London at Alexandra Palace and one in Germany at Ruhleben racecourse near Berlin.

Made up of men of fighting age who were in the wrong place at the wrong time, both camps formed orchestras. Together they put on concerts for their fellow captives, maintaining their sense of self and the spirit of their homelands. The orchestra performs a selection of music played and written in the camps whilst actor Alex Wyndham (The Crimson Field, BBC) reads letters and poetry to tell the real-life story of the prisoners.

BBC NOW at the Gregynog Festival