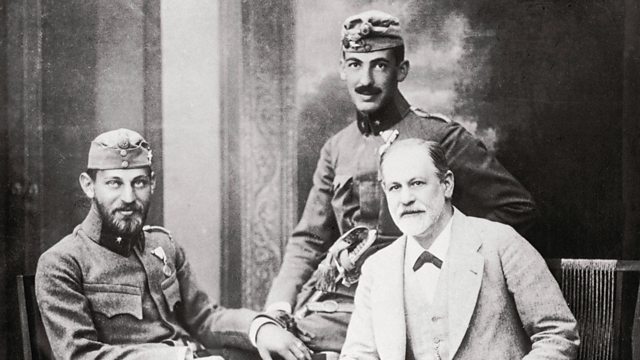 Thoughts for the Times on War and Death

Academic Michal Shapira discusses Sigmund Freud's Thoughts for the Times on War and Death, a text written in Vienna in 1915 expressing dismay at how World War I was progressing.

How great artists and thinkers responded to the First World War in individual works of art, literature and scholarship

5.Michal Shapira on Sigmund Freud's Thoughts for the Times on War and Death, a text written in Vienna in 1915, expressing his dismay as the war progressed.

The declaration of war in 1914 was initially met with jubilation by the people of the Austro-Hungarian Empire and, in Vienna, Sigmund Freud shared the general mood

But, like his fellow-citizens, Freud expected a quick war. By February 1915, with two of his sons fighting and thousands of injured and traumatised soldiers returning from the front, Freud's feelings had changed.

Dr Michal Shapira reflects on his Thoughts for the Times on War and Death and considers how it prefigures some of his later, better-known works on war and the death-drive.

The Memorandum on the Neglect of Science—Minds at War: Series 1