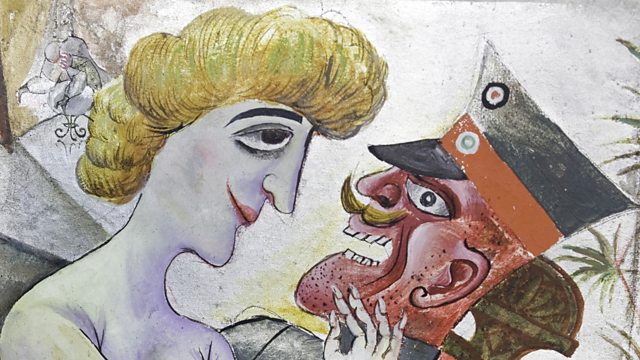 Cartoonist Martin Rowson reflects on Otto Dix's Der Krieg, a cycle of prints of wartime experience. What did the war do to Dix and why is Der Krieg such a powerful statement?

How great artists and thinkers responded to the First World War in individual works of art
Cartoonist and writer Martin Rowson reflects on Otto Dix's Der Krieg, a harrowing cycle of prints of wartime experience.

In 1924, six years after the end of hostiliies, the painter Otto Dix, who had been a machine-gunner in the German Army, produced his 51 Der Krieg prints. Gruesome, hallucinatory, and terribly frank, these postcards of conflict tell the soldier's ghastly tale.

Cartoonist Martin Rowson, whose own work is similarly direct and uncompromising, tells Dix's story, exposing what the War did to the man and ponders why Der Krieg remains such a powerful statement.

Non-Combatants and Others—Minds at War: Series 1

The Memorandum on the Neglect of Science—Minds at War: Series 1