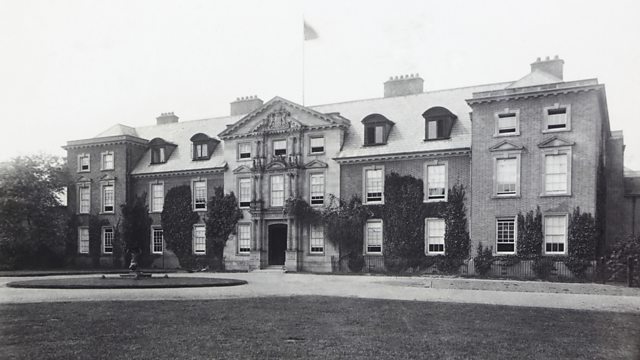 As part of the Radio 3's Music in the Great War season, Sean Rafferty presents a live programme from Dunham Massey, Cheshire.

As part of the Radio 3's two-week season 'Music in the Great War' Sean Rafferty is live at Dunham Massey, Cheshire, in association with the National Trust.

Dunham Massey, near Altrincham in Cheshire, was transformed into the Stamford Military Hospital during WW1 and as part of the anniversary commemorations the National Trust have recreated one of the wartime hospital wards in the property.

In Tune reflects the story of the hospital in wartime through music and conversation. Guests include the pianist David Owen Norris who will perform a selection of music from the time, and Sean and his guests will consider the impact that music played then to boost morale, offer solace, and help recuperation.