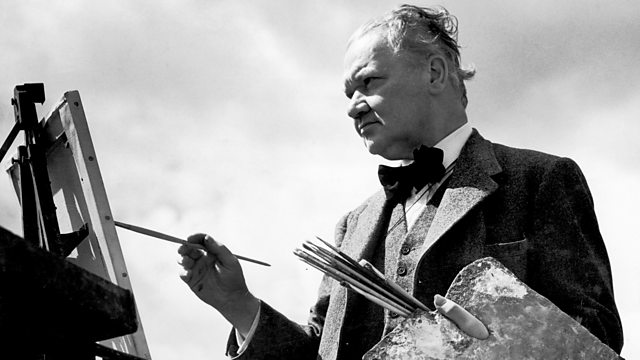 Allan Little reflects on CRW Nevinson's 1917 painting Paths of Glory, considering its lasting power and the role of art both in recruiting soldiers and in denouncing war.

C.R.W.Nevinson's painting, Paths of Glory, is a distant cry from the rallying recruitment posters which appeared at the start of the war. It depicts the bloated corpses of two dead soldiers, stretched out in the mud, against a backdrop of tangled barbed wire, somewhere on the Western Front.

Unsuprisingly, it was censored at the time.

Perhaps part of its shock value was in its title. In his Elegy Written in a Country Churchyard, the 18th century poet, Thomas Gray, had declared "the Paths of Glory lead but to the grave", but in Nevinson's painting, the two fallen soldiers are far from the comfort even of a grave in an English country churchyard, and, indeed, from any decent burial at all.

In his many years as a BBC Special Correspondent, Allan Little has witnessed some shocking scenes of war and has also reflected on the depiction of war in news footage and photography as well as in the works of contemporary war artists.

He considers the continuing power of Nevinson's painting and the role of art both in recruiting soldiers and in denouncing war.

Non-Combatants and Others—Minds at War: Series 1