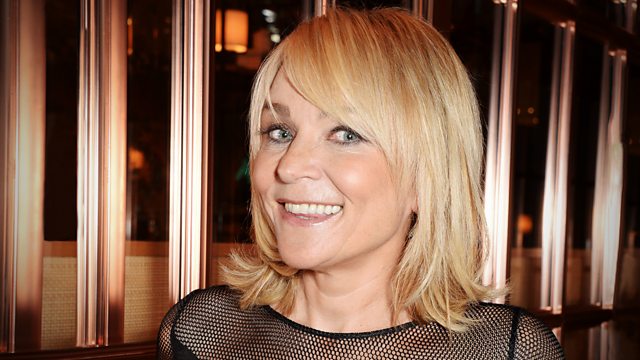 Richard Coles and Suzy Klein are joined by Bridget Jones creator Helen Fielding, seventh Python Carol Cleveland, and Stuart J Cole who was abandoned as a baby, sent to Jamaica to live with family he had never met, and who turned his life around during a spell in prison. We go to Glyndebourne to meet Caroline and Andrew Thomson and Sandra and Ian Pusey who found real-life love at the opera, radiator salesman Phil Neville tells us what it's like to be a victim of mistaken identity and has a go at football commentary, John McCarthy visits the Isle of Wight where the dawn rose on satellite and radio technology, and Jersey Boy Ryan Molloy shares his Inheritance Tracks.

Helen Fielding's anonymous column in The Independent newspaper led to a novel, then another, two films to match and, after a break of 14 years, 'Mad About The Boy', the third instalment of Bridget's trials and tribulations now graces bookshelves around the world.

Caroline and Andrew Thomson and Sandra and Ian Pusey celebrated at Glyndebourne's current production of Tchaikovsky's Eugene Onegin, which runs until July 11th.

Stuart J Cole's books 'Two Years' and 'A Message to my Family' tell the story of his extraordinary life and are available online.

Carol Cleveland will be reunited with the other members of Monty's Flying Circus ahead of their upcoming show Monty Python Live (mostly) which runs 1st -20th July at The O2 in London. Her book Pom Poms Up! is out now.

Ryan Molloy is currently starring in 'The Jersey Boys' on Broadway. He inherits 'The Night' by Frankie Valli and The Four Seasons, and passes on Donny Hathaway's 'A Song For You'.

See all clips from Helen Fielding (3)

Ian and Sandra Pusey on their wedding day at Glyndebourne.

ISLE OF WIGHT ROCKETS AND RADIO

John McCarthy with Hannah Griffiths of the National Trust and Mike Elliott, former rocket tester at The Needles New Battery.