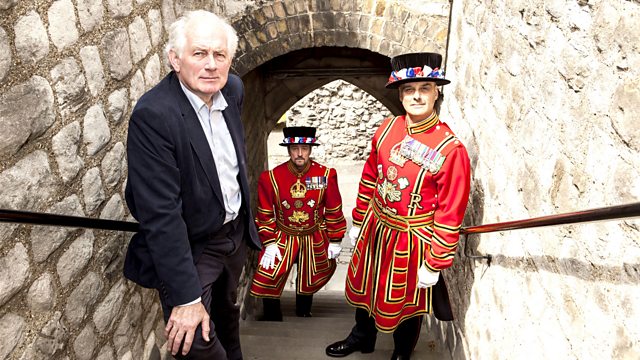 Towards an Architecture of Majesty

From the Tower of London to Hampton Court Palace, Dan Cruickshank reveals a story of buildings which cemented the monarch's claim to the throne.

Royal palaces are the most magnificent buildings in our history. Often built to extraordinary levels of luxury and excess, they express the personalities of our kings and queens since 1066.

From the Tower of London to Hampton Court Palace, Dan Cruickshank reveals an extraordinary story of buildings, often fortified, that cemented the monarch's claim to the throne. Palaces reveal our monarchs like no other buildings - their taste for luxury, their fear of the mob, even their relationship with God. Palaces have been caught up in some of the most dramatic events in history - some survive in all their magnificence like Hampton Court while others have vanished from the surface of the earth as completely as if they'd never existed.

See all episodes from Majesty and Mortar: Britain's Great Palaces

See all clips from Towards an Architecture of Majesty (3)