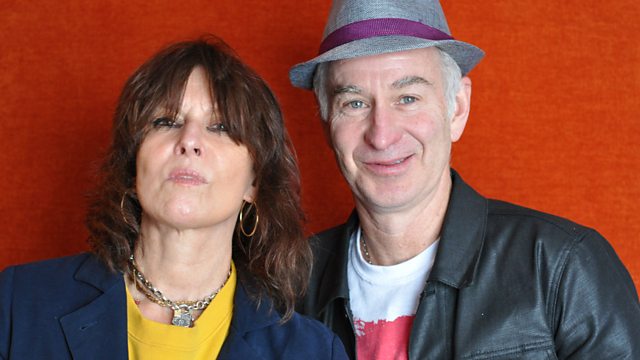 Legendary rock icon Chrissie Hynde takes over the airwaves to spin you two hours of her favourite tunes in the first of two shows.

She'll be joined by her good friend, the tennis champion John McEnroe. The beauty of the tennis racket is that it takes those air-guitarists amongst you to the next level. Get ready to rock.

Chrissie Hynde is an American musician best known as the leader of the new wave band The Pretenders. She is a singer, songwriter, and guitarist, and has recently released her debut solo album Stockholm which was produced in that very city by Björn Yttling of Peter, Björn and John fame.

See all episodes from Chrissie Hynde