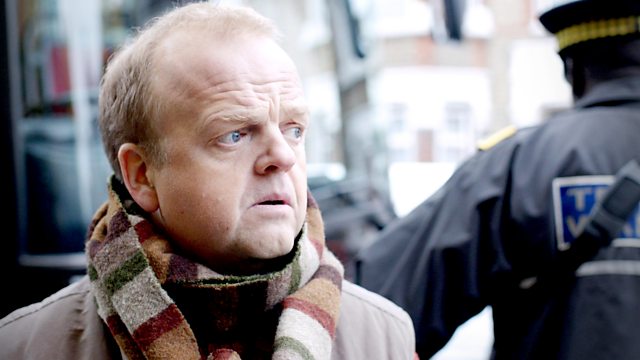 Toby Jones on Leave To Remain and Dad's Army; Fanny Ardant on the cougar phenomenon; Chinese cinema before the Communist revolution; the role of a military adviser on a war film.

Toby Jones discusses what it was like working with young refugees whose life stories form the plot of Leave To Remain, and reveals some tantalising details about his role as Captain Mainwaring in the forthcoming film adaptation of Dad's Army.

French star Fanny Ardant plays a sixtysomething woman who embarks on an affair with a man twenty years her junior in Bright Days Ahead. She tells Francine why she doesn't approve of the term 'cougar' and why we shouldn't worry about getting older.

Spring In A Small Town is considered one of the best Chinese films ever made. Released in 1948, a year before the Communists took power, the film was banned and its director Fei Mu fled to Hong Kong, where he died a couple of years later. In the week that it opens in British cinemas, The Film Programme discovers how the Shanghai film industry rivalled Hollywood before the Communist revolution.

Dale Dye is an ex-Marine and military adviser on war movies like Saving Private Ryan and Platoon. He reveals why and how he puts actor through their paces in boot camp.

See all clips from Toby Jones; Fanny Ardant; Chinese Cinema before the Revolution (2)

Directed by Bruce Goodison, Leave To Remain is in cinemas from Friday 20 June, certificate 15.

Directed by Marion Vernoux, Bright Days Ahead is in cinemas from Friday 20 June, certificate 15.

Spring In A Small Town

Directed by Fei Mu, Spring In A Small Town is in cinemas from Friday 20 June, certificate U.

A Century of Chinese Cinema

The BFI celebrates Chinese cinema with a five-month season, A Century of Chinese Cinema.