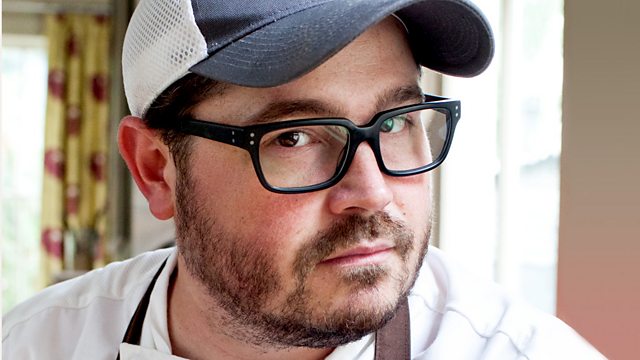 In an award-winning edition of the Food Programme, Richard Johnson travels through the deep south to meet chef Sean Brock and taste the flavours of the lost Carolina Rice Kitchen.

In the spring of 2013, food writer Richard Johnson travelled to South Carolina to meet Charleston chef, Sean Brock, a man on a mission to revive ingredients and flavours not tasted for hundreds of years. That story, told on The Food Programme, has gone on to win an award from the UK's Guild of Food Writers.

It's a story that involves an intricate "food tattoo", one of America's biggest private seed collections, a hog roast and "pick picking" and bowls of delicious peas, beans, rice, grits and fried chicken.

Soon after British settlers arrived in South Carolina in the 17th century a cuisine called the "Carolina rice kitchen" was formed. Using the expertise of West African slaves to develop rice plantations, a larder evolved consisting of the main crop along with beans, African vegetables and staples like oats, rye and wheat from Britain.

Chef Sean Brock believes it was one of the earliest, and "most beautiful" food cultures in America. In his mid-thirties and sporting an arm covered in tattoos of heirloom vegetables, he's attempting to "reboot" that cuisine and those ingredients which had all disappeared by the 20th century.

He's joined forces with historian David Shields and a seed hunter, Glenn Roberts, to source, grow and cook with these historic foods.

Richard joins Sean Brock at his restaurant, Husk to hear why "ridiculous flavour" is the driving force behind the mission.

Sweeteners: The answer to our sugar cravings?