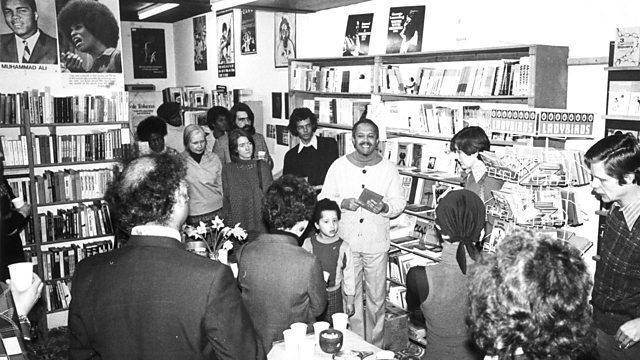 With Matthew Sweet: Radical black publishing then and now, with Linton Kwesi Johnson, Anthony Joseph and Sarah White plus Philip Hensher on his novel The Emperor Waltz.

Philip Hensher's novel The Emperor Waltz draws together stories about a man who founds the first gay bookshop in London, a young painter who joins the Bauhaus and a woman fascinated by a Roman cult. He joins Matthew Sweet in the Free Thinking studio. Radical bookshops are also discussed by the poets Linton Kwesi Johnson and Anthony Joseph and the co-founder of New Beacon Sarah White.

John La Rose's New Beacon project was the focal point of a black radical publishing industry that emerged in the UK in the late sixties. Its aim was to give a platform and voice to a post-independence generation of Caribbean writers whilst nurturing homegrown work by Britain's growing black population. As the Black Cultural Archives settles into its own home in Brixton and The George Padmore Institute makes New Beacon's archive available, Matthew Sweet asks if this period is now consigned to history or are such small, vibrant, personality led spaces as important as ever for diversity and the enrichment of the literary voice?

You can find out more about Anthony Joseph on his official website.

You can find out more about Linton Kwesi Johnson on his official website.

The Emperor Waltz by Philip Hensher is available in hardback and ebook from the 3 July 2014.

Daisy Hay of the University of Exeter is one of this year's New Generation Thinkers. She is writing a biography of Benjamin and Mary Anne Disraeli and her current research focuses on Disraeli as one of the last Romantics.