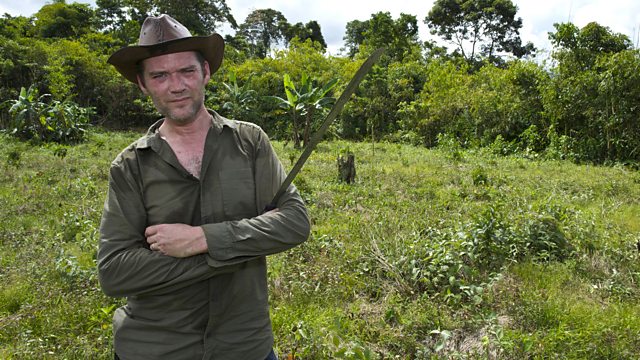 I Bought a Rainforest
Episode 1 of 3

Wildlife cameraman Charlie Hamilton James has spent $10,000 on 100 acres of Peruvian rainforest without even looking at it first. Situated at the end of a road, he hopes it is a strategic purchase which will stop loggers illegally entering the Manu National Park and cutting down trees. But when he gets there, he quickly realises things are not quite so simple.

Once he has established camp and got his bearings, he discovers he has not bought the pristine virgin rainforest of his dreams but instead 100 acres of secondary forest complete with a squatter, a cocaine field and some dangerous neighbours. A sign recently painted on a rock on his river reads 'Do not pass. Order to shoot!' alongside a crude picture of a gun.

Undaunted, Charlie sets about looking for what animals and insects there are still on his land. But it is only when he goes to visit a local NGO, called CREES, which 30 years ago replanted a large area of forest which is now full of large animals and plants, that he begins to believe that his mission is not entirely hopeless.

With biologist Andy Whitworth, Charlie goes to find a mahogany tree which is due to be cut down in just 48 hours' time. They decide to do a 'bio-blast' on the tree - cataloguing as many animals that live on or around the tree as they can before it is cut down.

Devastated by the loss of one of the giants of the forest, Charlie returns to his land, more determined than ever that he needs to confront the squatter and illegal logger living on his land, and throw him off. But when he finally catches up with him, his resolve is tested in an unexpected way...

See all episodes from I Bought a Rainforest 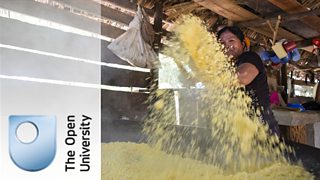 Take an interactive adventure in the Amazon with the Open University