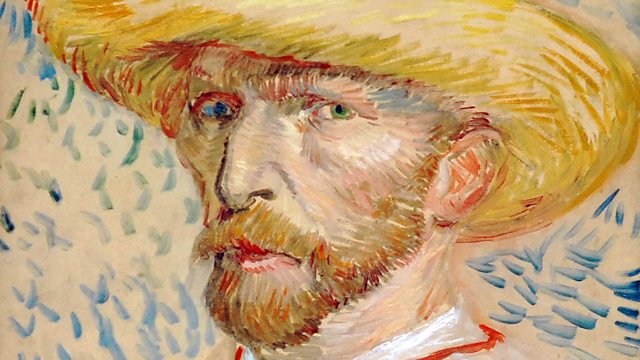 The Dirties is a Canadian indie film about a couple of friends planning to make a film about a Columbine-style school massacre, where the bullies will be made to pay for what they've done. It begins to dawn on one of them that his best friend might actually be hatching a bloody murderous revenge.

The main character in Nicholson Baker's latest novel "Travelling Sprinkler" is a poet who has fallen out of love with writing poems. Trying to become a songwriter, we see his personal life woven into his lyrics.

The work of Dutch artist Piet Mondrian is characterised by geometric compositions using blocks of primary colours. A major new exhibition at Tate Liverpool looks at how his work evolved as he moved from studios in Paris and London to New York.

Did you know that Vincent Van Gogh lived and worked in London? His job was at an art dealers in Covent Garden and he lived in Brixton. A new audio walk "At the Crossroads with Vincent" explores turning-points in life through the perspective of Van Gogh's letters to his brother Theo. It's non site-specific and anyone can be take part anywhere in the world. Is it enjoyable? Informative? Enlightening?

Hotel is the fourth play from Polly Stenham, whose debut was staged at The Royal Court when she was only 19. It focuses on a dysfunctional family on holiday at a flash hotel in a poor country and has strong echoes of Shakespeare's The Tempest. How important is it to know the source to appreciate this play?

The Simpsons as American folklore; Belle; British folk art at Tate Britain; In the Light of What We Know

At The Crossroads with Vincent

The audio walk, At the Crossroads with Vincent by R.M. Sánchez-Camus can be downloaded from the Artangel website.

Mondrian and His Studios

An exhibition at Tate Liverpool, Mondrian and His Studios is on display until 5 October 2014.

Directed by Matt Johnson, The Dirties is in cinemas from Friday 6 June 2014, certificate 15.

Written by Polly Stenham, Hotel is at The Shed, National Theatre in London until 2 August 2014.

Travelling Sprinkler by Nicholson Baker is published by Serpent's Tail.