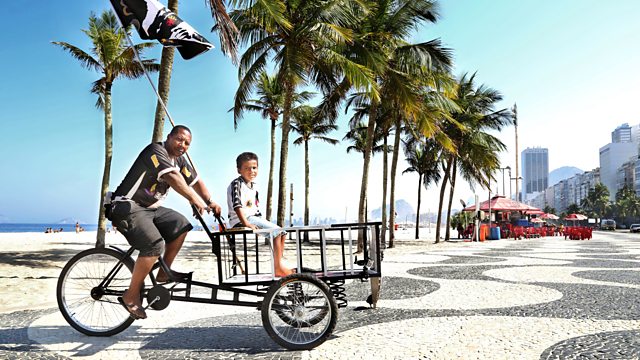 Welcome to Rio
Episode 1 of 3

As the eyes of the world turn to Rio de Janeiro for the 2014 World Cup, this three-part observational series reveals the truth about life inside Rio's famous shanty-towns, the favelas, through the lives of people who live there.

For years, the favelas were considered dangerous no-go areas, ruled by brutal drug traffickers. The government even built walls that hide them from view. Now with extraordinary access to these hidden worlds, this series reveals the favelas are places of energy, resourcefulness and humour, the crucible of all that is hot about Rio.

As part of the preparations for the World Cup and Olympics, the government has launched a military campaign to wrest control of the favelas from the drug gangs, a process they call 'pacification'. The series shows how pacification threatens the favelas' whole way of life, creating new problems even as it solves the old.

The first episode is filmed in one of the first favelas to be pacified, Cantagalo, a labyrinth of secret stairways that sits high on the hills overlooking the beaches of Copacabana and Ipanema.

The film follows two men: Rocky, a delivery man extraordinaire, who works every day to support his family carrying fridges, ovens and televisions on his shoulders up Cantagalo's steep staircases. As if those feats were not enough, he's also got to deal with his wayward son Felipe, who's caught up in the battle between the police and drug traffickers for control of the hill.

It also tells the story of Acme, a graffiti artist who lives with his family beside a football pitch where drug traffickers used to execute those who broke their rules. The shooting may have stopped, but Acme faces a new threat, thanks to pacification. The government has declared his house is unsafe and has to be demolished.

See all episodes from Welcome to Rio

See all clips from Peace (2)

"From the moment I set foot in the favelas, I fell in love with them" 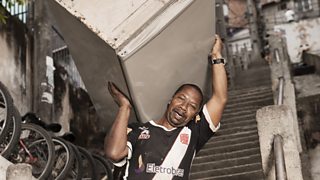 Director Edward Watts on how he had ten minutes to film the vital shots.