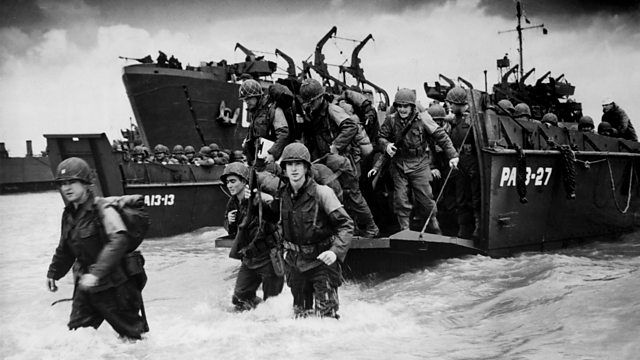 The Science of D-Day

Engineer Rob Bell explores the new inventions - from giant troop-carrying gliders to tanks that could operate on water - that made the Normandy invasion in 1944 possible.

In June 1944, one of the greatest amphibious assaults in history was launched from the south coast of England. Within a matter of hours, 7,000 vessels had landed 156,000 troops on the beaches of Normandy. It was a manoeuvre that changed the course of the war and tested innovations in science and engineering for the first time.

In this programme, engineer Rob Bell looks at the nuts and bolts which made such a staggering invasion possible - from giant troop-carrying gliders to tanks that could drive on water - and how necessity really did become the mother of invention. Like all new inventions, not all of them worked and resulted in devastating consequences. We find out why. This is the science of D-Day.

See all clips from The Science of D-Day (2)

Seven thousand vessels landed 156,000 troops on the beaches of Normandy within a few hours as part of the D-Day landings.

Major Percy Hobart was the man behind many of these unconventional inventions known as 'Hobart's Funnies' including the Sherman Duplex Drive Tank and the flame-throwing Crocodile.