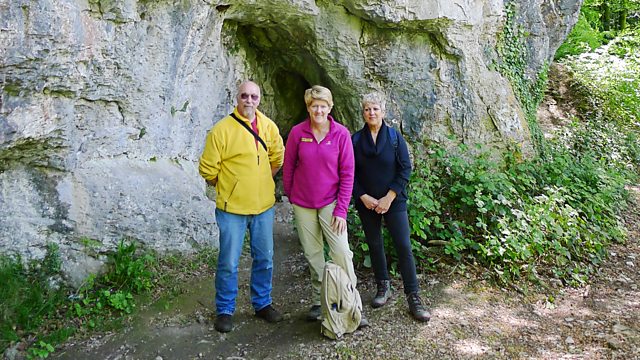 Clare Balding walks on the Doward, near Ross-on-Wye, with Nadia Smith, who has had two partial hip replacements.

This series of Ramblings is themed 'waterways' and in the second of two programmes based on the banks of the River Wye, Clare Balding walks with Nadia Smith on the Doward, near Ross-on-Wye.

Nadia has a grown-up son with cerebral palsy; when he was younger she needed to lift him a great deal, something she thinks contributed to osteoarthritis, which eventually led to two partial hip-replacements.

She fought having these metal-hips for a long time, fearful that she would lose fitness and mobility.
However, following the first operation, she followed a programme of gentle exercise and learned to adapt her walking posture. Nadia now feels as fit and active as before. Join Clare and Nadia as they walk along a stretch of the Wye close to Nadia's home.