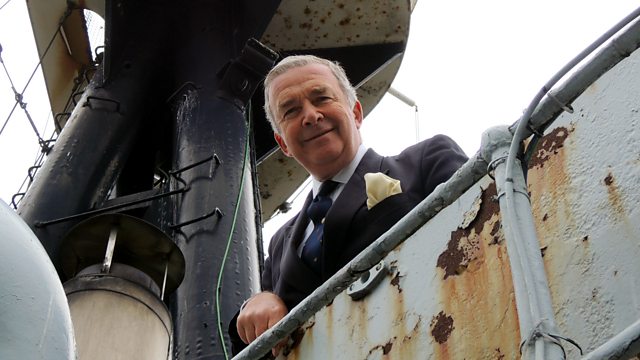 Lord West looks at how the Royal Navy won the First World War.

Lord West looks at how the Royal Navy won the First World War.

The Royal Navy's role in winning the conflict has often been overlooked - drowned out by the new and savage reality of industrial warfare on the western front, and the tragic romance of the imagery and war poetry which surrounded it.

Yet the Navy's role should not be underestimated, and in this programme Lord West looks at the greatest naval battle of the war - Jutland - and its dramatic impact on the war.

Jutland was a great strategic victory for the Royal Navy, but largely because of truly terrible PR afterwards, many to this day regard it as a defeat. It was part of the reason for the growing disconnect between the nation and its navy.

Yet the outcome of Jutland influenced more than just public sentiment. It forced the German military to confront the reality of their situation: that the Royal Navy's blockade could not be broken by their own fleet, and would in time strangle Germany into submission.

The result was unrestricted submarine warfare: Germany's only chance of victory, but itself carrying the risk of bringing the United States of America into the war on the Allied side.

When the United States did join the war, troops poured into Europe, but the most significant impact was on that three year old blockade, tightening it to a point that strangled Germany and won the war for the Allies.

See all episodes from Britain at Sea

Books which have been helpful in making this programme are:

On the general conduct of the war, once again Robert K. Massie's "Castles of Steel: Britain, Germany, and the Winning of the Great War at Sea" was invaluable, as was Paul Halpern's "A Naval History of World War I".

There are numerous books on Jutland, although Andrew Gordon's "The Rules of the Game: Jutland and British naval command" was particularly good.

On how the war was won, Eric Osborne's book on the blockade, "Britain's economic blockade of Germany, 1914-19" is extremely useful.