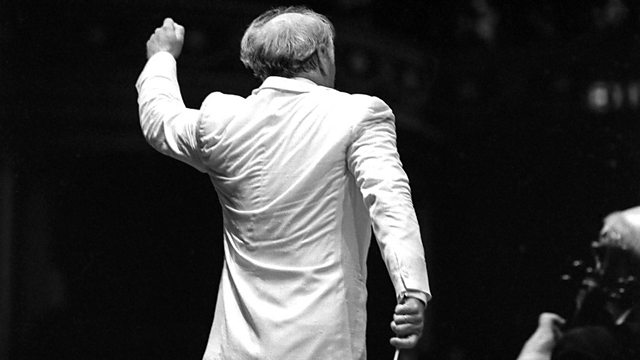 8.10pm
Interval: Bernard Haitink in conversation. The veteran conductor talks to Martin Handley and reflects on a 60-year career that has led him to direct orchestras and opera companies all over the world.

The vibrant young players of the Chamber Orchestra are joined by veteran conductor Bernard Haitink in a programme of contrasts.

In between the heart-on-sleeve romanticism of Schumann's tribute to Byron and the radiance of Beethoven's 'Pastoral' symphony comes the austere beauty of Berg's violin concerto. Dedicated to the memory of a family friend who died shockingly young, it is both a moving eulogy and a tautly-argued musical masterpiece.

German violinist Isabelle Faust is a regular visitor to concert venues in the UK as soloist and chamber musician and is particularly associated with Berg's concerto, winning a Gramophone Award for her interpretation in 2011.