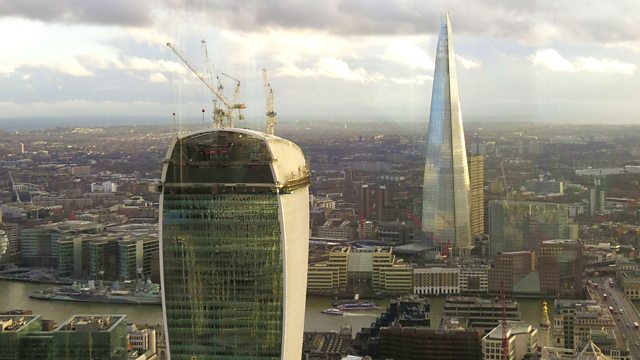 As the London Festival of Architecture opens with a debate on whether London needs more tall towers, Matthew talks to Sir Terry Farrell about his report on planning for the government and how he sees the future of London's skyline. In the Free Thinking studio journalist Owen Hatherley; director of urban research institute Create Streets, Nicholas Boys Smith; and architect and past president of RIBA, Angela Brady, discuss how London should look in the future.

The London Festival of Architecture

The London Festival of Architecture takes place at different venue across London throughout June.

You can also watch The Towers Debate: Does London need more tall buildings? which took place on Monday 2 June at the LSE.

To Rise Again at a Decent Hour by Joshua Ferris is available as a hardback and an e-book now.

Progress, an exhibition which brings together responses to Hogarth’s A Rake’s Progess, is at the Foundling Museum in London from 6 June to the 7 September 2014.