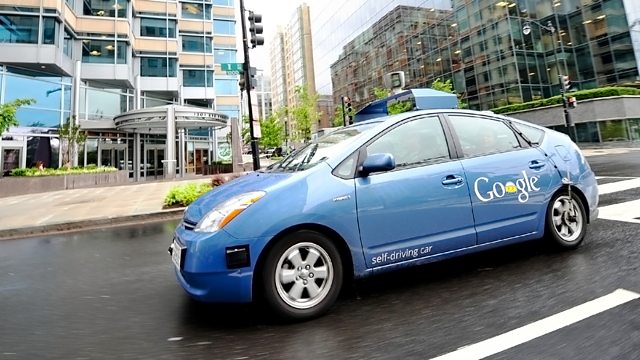 Most traffic accidents are caused by human error, but would we accept driverless vehicles that communicate with each other and with the roads to prevent collisions happening?

Most traffic accidents are caused by human error. Engineers are designing vehicles with built in sensors that send messages to other cars, trucks, bikes and even pedestrians, to prevent collisions happening. The idea is to make the vehicles react to whatever's going on faster than the human drivers.

Jack Stewart drives around the university town of Ann Arbor, in Michigan, in some of the many vehicles that are fitted with experimental devices in the world's largest connected vehicles project. He finds out how the system works from researchers at UMTRI, the University of Michigan's Transportation Research Institute, and Kirk Steudle, Director, Michigan Department of Transportation.

Jack has a ride in Google's driverless car which has no steering wheel and no pedals. Google's Chris Urmson explains the company's approach to autonomous vehicles.

Jack visits Stanford University's driverless car project where Professor Chris Gerdes shows him Shelley, an automated Audi that races around a track at speed as well as a human driver. Chris is collaborating with a philosopher to explore some of the difficult questions around autonomous vehicles, such as who's liable if there's an accident. Is it the human or the car?

Ageing and the brain