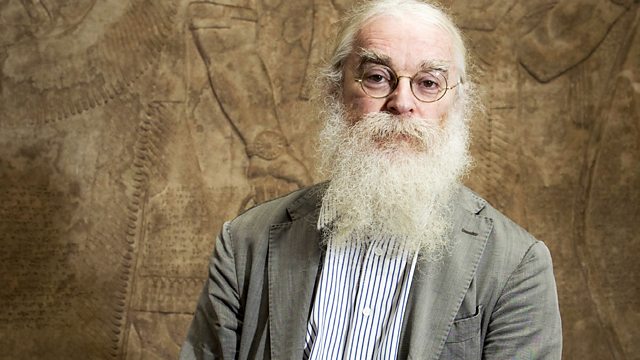 Michael Berkeley is joined by assyriologist Irving Finkel. His musical choices include string quartets by Schubert and Dvorak, 1930s blues and Jimi Hendrix.

Irving Finkel is one of the world's leading experts in the world's oldest, and most impenetrable, system of writing - cuneiform.

Because the scribes of Ancient Mesopotamia imprinted cuneiform with a stylus into clay tablets, lots of it has survived, and indeed Irving Finkel has spent the past 45 years delighting in the company of more than 130,000 cuneiform tablets at the British Museum. But one day a member of the public brought in a clay tablet which changed his life - it was a 4000-year-old blueprint for Noah's Ark - a thousand years older than the story in the Bible.

Irving is also passionate about music - particularly old recordings - and his choices include string quartets by Schubert and Dvorak, 1930s blues and a blast of Jimi Hendrix.