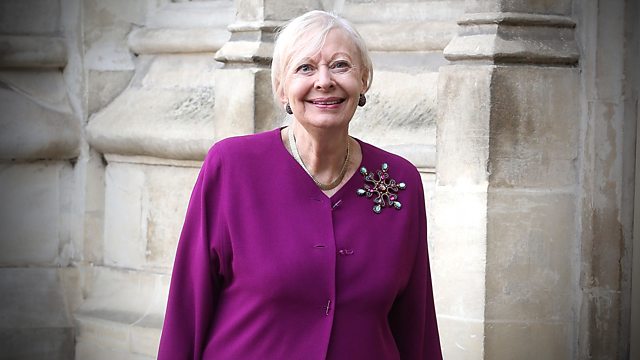 In charge of Blue Peter for 23 highly successful years, she was responsible for the coveted Blue Peter badges, the multi-million pound charity fundraising appeals and a nationwide lust for something called sticky-backed plastic. Her masterstroke was getting the young audience involved; although the programme's weekly postbag of around seven thousand letters must have given her a few headaches.

In spite of some early careers advice that, "no one from Durham has ever got into the BBC", her determination to make a career in broadcasting won out and across the decades her steely reputation kept the show at the top of the ratings and steered it through quite a few mishaps and the odd spot of 'scandal'.

She says simply, "It was an exercise in trying to make children feel as if they belonged.".