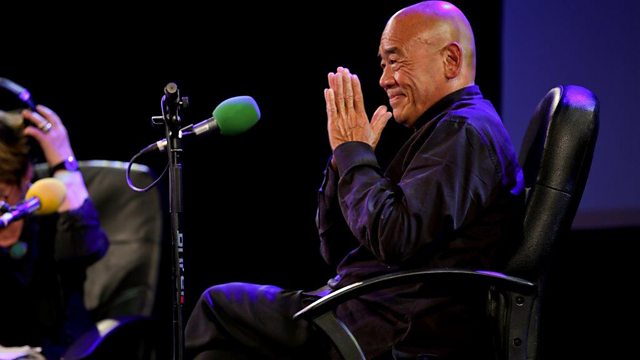 In the second of two special editions, Sheila Dillon talks to Ken Hom about his life through food. Today they focus on what Ken has been doing since his early BBC career.

In this second of two special editions recorded at the Bristol Food Connections Festival, Sheila Dillon talks to Ken Hom about his extraordinary life through food. Today they focus on what Ken has been doing since his early BBC career and about how his political beliefs have developed over the years. They also discuss the changes in China and his fears and hopes for the future.

In yesterday's programme, Sheila and Ken discussed the impact his first BBC series 'Ken Hom's Chinese Cookery' had when it aired in Britain in 1984. They also talked about his very early influences from his childhood in Chicago's Chinatown.

In the 60's though, Ken moved to California and became something of a hippy; dropping out from University and even declaring himself a Maoist for a while. He never admitted this allegiance to his mother who had very anti Communist views.

Sheila discusses his political motivation and how that has changed over years. They also talk about his landmark 2012 TV series 'Exploring China', which revealed much more about China than just the state of its food. In the programme Ken was reunited with his father's family who he had not seen for over twenty years.

Ken also tells Sheila about how much teaching means to him, and how he intends to carry on inspiring the next generation of young people, through a passion for food.