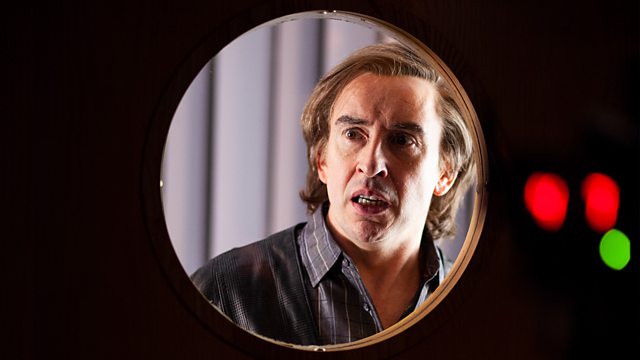 Comedy. Local radio DJ and former talk show presenter Alan Partridge ends up in a siege when a disgruntled colleague decides to take the staff hostage.

To save his own job, Alan gets radio colleague Pat laid off, but when the man returns to the relaunched station with a shotgun and a siege ensues, Alan is given the high-profile role of go-between, trying to appease both the hostage taker and armed police. So lots of people have Alan in their sights.