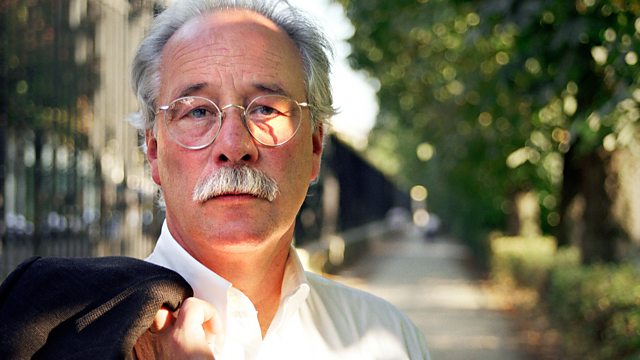 A German Genius in Britain

Writer and psychogeographer Iain Sinclair takes on the role of psychic detective, as he searches England for traces of the acclaimed writer WG Sebald, who died in 2001.

Born in Bavaria in 1944, W.G Sebald moved to England in 1966, where he worked first at the University of Manchester, and then at the newly established University of East Anglia. Sebald began publishing relatively late in life, and was still developing his unique literary style at the time of his death in a road accident in 2001. His work combines fiction, memoir, history and travelogue, the prose is studded with black and white photographs, presented caption-free, to often haunting effect. Sebald's work is concerned with memory, and frequently touches on the dreadful silence of the German people concerning the Holocaust.

Iain Sinclair first visits Manchester, meeting the writer Nicholas Royle to look for remnants of the post-industrial landscape which features in 'The Emigrants', the first book by Sebald to appear in English translation in 1996. In Norfolk, Sinclair meets Jo Catling, a colleague of Sebald's at UEA. Finally in London, with Sebald's friend, the poet Stephen Watts, Sinclair walks the East London streets and cemeteries featured in his last book, 'Austerlitz'.