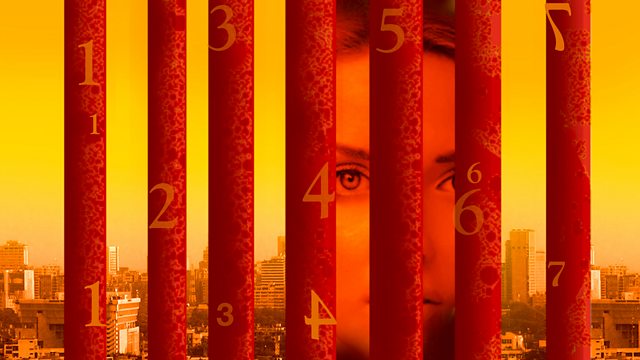 In jail for murder, Sapna is trying to make sense of the past few months. But there is hope in an unexpected visit. From the novel The Accidental Apprentice. Stars Rasika Dugal.

Sapna Sinha works as a sales assistant in a TV showroom in New Delhi. Being the only bread-winner in the family she works long hours to provide for her widowed mother and younger sister. But then a man walks into her life with an extraordinary proposition: pass seven "life" tests of his choosing and she will have wealth and power. At first the tests seem easy, but things are not quite as they seem. Dramatised by Ayeesha Menon and John Dryden from Vikas Swarup's best-selling novel "The Accidental Apprentice".

9) The Visitor
A thriller set in India from the author of "Slumdog Millionaire".
In jail for murder, Sapna is trying to make sense of the past few months. But there is hope in an unexpected visit from someone she has helped in the past. Dramatised from Vikas Swarup's best-selling novel "The Accidental Apprentice".

Writers:
Vikas Swarup is an Indian diplomat and a best-selling novelist. His first novel "Q & A" was made into the Oscar winning film "Slumdog Millionaire" as well as Sony Award winning radio drama serial for BBC Radio .

Ayeesha Menon dramatized Vikas Swarup's other novels SIX SUSPECTS and Q & A, which won a Sony Award for Best Drama. She also wrote for Radio 4 THE MUMBAI CHUZZLEWITS, UNDERCOVER MUMBAI, THE CAIRO TRILOGY and MY NAME IS RED. Her stage play PEREIRA'S BAKERY AT 76 CHAPEL ROAD, which was developed with the Royal Court Theatre, was recently staged by the Curve Theatre, Leicester.

John Dryden wrote the original three-part dramas series SEVERED THREADS, THE RELUCTANT SPY and PANDEMIC, which won the Writer's Guild Award for best radio drama script. His dramatisation of BLEAK HOUSE won a Sony Award for Best Drama. Other dramatisations include A SUITABLE BOY, A HANDMAID'S TALE and FATHERLAND one of the most repeated dramas on R4 Extra.

Dramatised by Ayeesha Menon and John Dryden from the novel "ACCIDENTAL APPRENTICE" by Vikas Swarup.

The Noose—Vikas Swarup - The Seventh Test