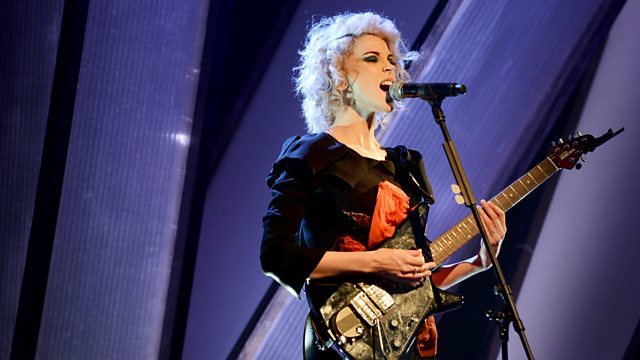 Joining Jools in the studio are Leicester's stadium rockers and upcoming Glastonbury headliners Kasabian, debuting tracks from their upcoming fifth album '48:13', appropriately named after its running length. Following her collaboration in 2013 with David Byrne, New York singer songwriter and multi-instrumentalist Annie Clark aka St. Vincent, returns to perform on the show. She released her fifth and self-titled album to much critical acclaim in early 2014.

New York singer-songwriter Natalie Merchant, known for her work with the group 10,000 Maniacs back in the 1980s, has recorded her first new collection of original material for 13 years which has been described as 'an alluring mix of the political and the personal'.

And making his TV debut, from Bristol, is George Ezra who cites Bob Dylan and Woody Guthrie as his musical influences.