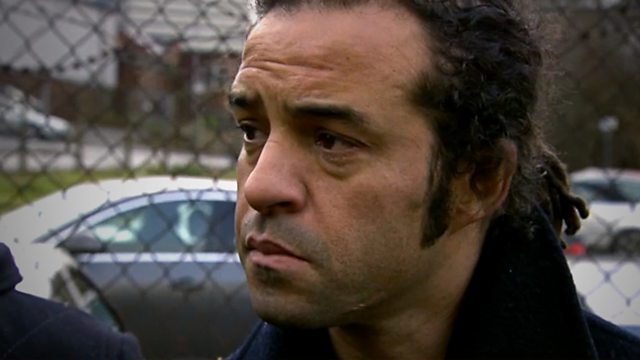 From Jail to Jihad?

The current affairs programme investigates the radicalisation of some Muslims within the prison system, as Raphael Rowe interviews extremists about their experiences inside.

The Muslim prison population in England and Wales has doubled in the past ten years to nearly one in seven inmates. This rise is five times faster than the increase in the overall jail population.

Evidence shows most Muslims are not radicalised, but the prison system is also home to the UK's greatest concentration of Islamic terrorists and extremists. Many more are converted or radicalised behind bars.

Reporter Raphael Rowe follows one radical convert as he leaves prison, interviews some convicted terrorists and extremists about their experiences inside and asks if the authorities are doing enough to prevent the increasing threat of radical Islam inside prison.