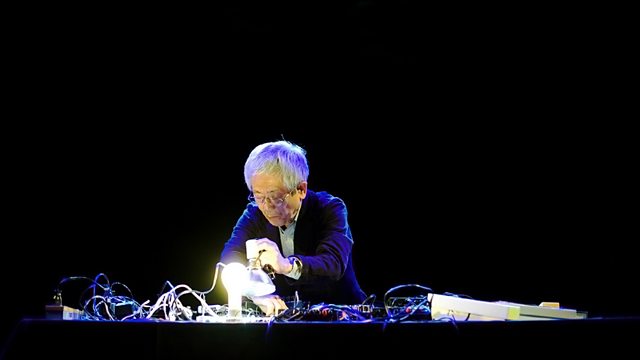 Robert Worby introduces the first of three programmes from this year's Tectonics festival in Glasgow, an event now in its second year, co-curated by Ilan Volkov and Alasdair Campbell, and staged in association with the BBC Scottish Symphony Orchestra. Among the featured composers this year are two elder statesmen of American music David Behrman and Christian Wolff, and tonight we hear orchestral and small group works by both. Plus the world premiere of a BBC Commission by Canadian 'plunderphonicist' John Oswald and a collaboration between Japanese composer Takehisa Kosugi and Sonic Youth's Thurston Moore.