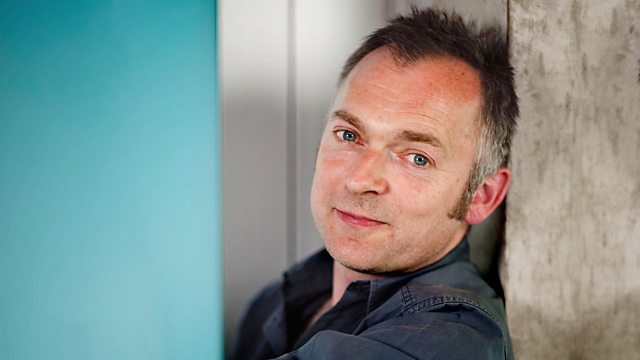 There is nothing new under the sun

Conductor Charles Hazlewood hosts two shows for 6Music reflecting his passion for musical interconnections. These genre-busting explorations of the musical spectrum feature live studio collaborations with special guests Will Gregory from Goldfrapp, guitarist and sonic adventurer Adrian Utley from Portishead and King of electronic dance music, Squarepusher. They will be aided and abetted by Hazlewood's orchestra and Gregory's Moog ensemble, creating altered worlds for JS Bach and Purcell.

In this first programme Charles explores music which borrows from distant sources resulting in new music, proving that nothing in music is either 100% original or 100% pure. Links between Mozart and Bollywood, Tetris, Moondog and Django Reinhardt, Satie and Chicha Libre, and Aphex Twin/Alarm Will Sound.
His special guest is his long-term collaborator Adrian Utley, Portishead's guitarist, armed with his Spiro remixes.

Multi Award-winner Charles Hazlewood is a globe-trotting orchestral conductor but his passion for music knows no boundaries, and the unexpected and delightful bridges between all genres is where he likes to take his listeners.