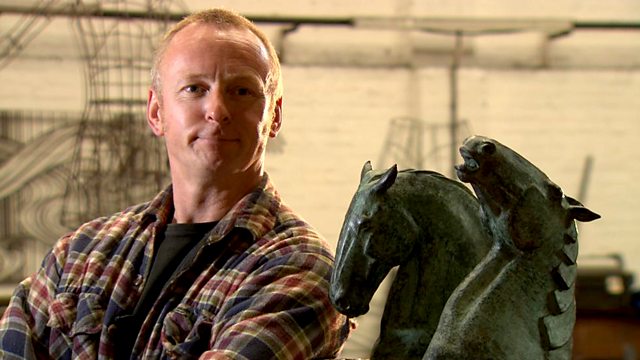 Documentary following Glaswegian sculptor Andy Scott as he works on The Kelpies, two 30m-high horse heads made of steel, which now stand alongside the Forth and Clyde Canal.

For the past eight years, Glaswegian sculptor Andy Scott has been working on the biggest project of his life. The Kelpies are two 30m-high horse heads made of steel, now standing alongside the Forth and Clyde Canal.

This film, narrated by Andy himself, follows the long and tortuous process of the creation of the 300-tonne sculptures from design to installation. The enormous technical challenge involved engineers in Leeds, steel mills in Hartlepool and Corby and metal benders in Tipton, and was nearly derailed by the financial crisis of 2008. Originally planned to form part of the canal lock mechanism, the sculptures are now a free-standing attraction within Falkirk's Helix Park.

See all clips from Creating the Kelpies (2)

When Carol Met the Kelpies 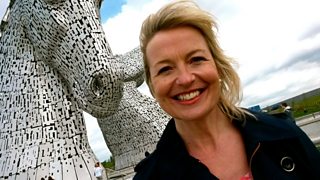