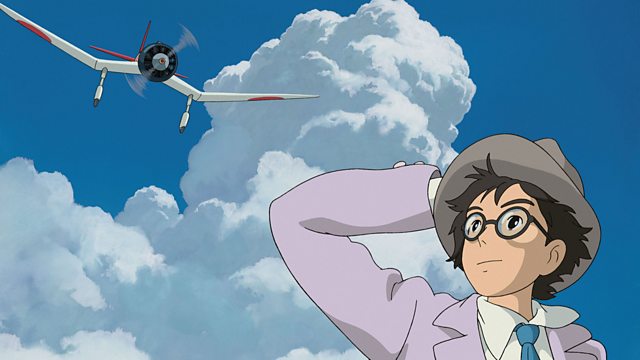 Godzilla and Hayao Miyazaki, Simon Armitage's version of The Iliad

MJ Hyland reviews Simon Armitage's The Last Days of Troy at the Royal Exchange Manchester starring Lily Cole, plus Chris Harding on Japanese fears in Godzilla and The Wind Rises.

Lily Cole stars in Simon Armitage's The Last Days of Troy which opens at the Royal Exchange Manchester. Novelist MJ Hyland has a first night review.

New Generation Thinker Dr Philip Roscoe, from St Andrews University, and Geoffrey Wood, Professor Emeritus of Economics at Cass Business School and the University of Buckingham discuss the teaching of economics degrees, the interest in Thomas Piketty's arguments and whether academia needs to change the focus of studies into financial systems.
Philip Roscoe's book is called I Spend, Therefore I Am.
Thomas Piketty's booked is called Capital in the 21st Century

As Irish photographer Richard Mosse is announced as the winner of this year's £30,000 in the Deutsche Börse prize for his images of the Congo, New Generation Thinker Zoe Norridge discusses photography and depictions of African countries affected by war.

Representing cities - in politics and plays

See all clips from Godzilla and Hayao Miyazaki, Simon Armitage's version of The Iliad (2)

The Last Days of Troy

The Last Days of Troy by Simon Armitage is at the Royal Exchange Theatre, in Manchester until 7 June 2014.

It then transfers to Shakespeare’s Globe in London from 10 June to 28 June 2014.

Photo: Garry Cooper as Priam and Lily Cole as Helen of Troy.

The winner of Deutsche Börse Photography Prize 2014 is Richard Mosse for The Enclave.

An exhibition featuring all the nominees for this year Deutsche Börse Prize is at the Photography’s Gallery in London until 22 June 2014.

Gallery: Images from The Enclave

© Richard Mosse. Courtesy of the artist and Jack Shainman Gallery

Godzilla, directed by Gareth Edwards, is in cinemas from Thursday 15 May, certificate 12A.

The Wind Rises, directed by Hayao Miyazaki, is in cinemas now, certificate PG.