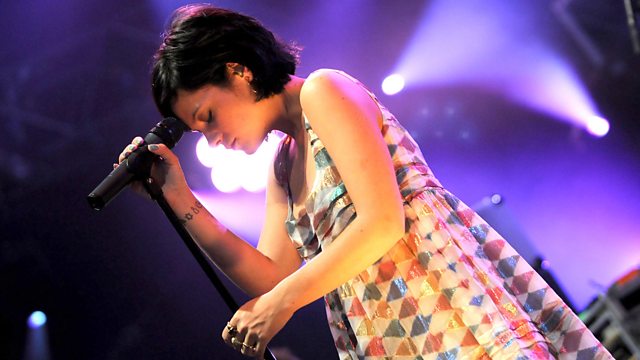 Tom Sutcliffe and guests discuss Arden of Faversham at the Swan Theatre, Joseph O'Connor's latest novel The Thrill of It All, plus new works from Michael Fassbender and Lily Allen.

Joseph O'Connor's novel The Thrill of it All is the story of 25 years in the life of an aspiring Anglo-Irish rock band who seem fated to never quite make the big time. How convincing and fascinating is his depiction of the 1980s music scene?

The RSC's Roaring Girls season aims to bring lesser known works (especially those with strong female leads) by Shakespeare's contemporaries back into the spotlight. The latest play to open at The Swan in Stratford is Arden of Faversham, a revenge tragedy whose authorship is unknown. How easily does the decision to play up the comedy sit with the gruesome story?

The film Frank stars one of cinema's most handsome, sought-after actors Michael Fassbender playing a man who wears a large polystyrene head all the time. Is it a waste of great talent or a fascinating way to see how he copes without the chance to show any expression?

Amanda Vickery's BBC2 series The Story of Women and Art aims to rediscover the great forgotten female artists in the world of fine art, and to discover why they have been sidelined through the ages. Among them a 16th century Italian sculptor and a paper cutter from The Dutch Republic whose works were largely forgotten.

Lily Allen's album Sheezus is a comeback after three years away. But have her attempts to set the world to rights created a great piece of work or has her participation in the culture she targets in her lyrics forced a necessary compromise?

The Thrill Of It All

The Thrill Of It All by Joseph O'Connor is published on 15 May by Harvill Secker.

Directed by Polly Findlay, Arden Of Faversham is at the Swan Theatre in Stratford-Upon-Avon until 2 October 2014.

Directed by Lenny Abrahamson, Frank is in cinemas from Friday 9 May, certificate 15.

The Story of Women and Art

A three part series, The Story of Women and Art begins on Friday 16 May, 9pm on BBC Two.