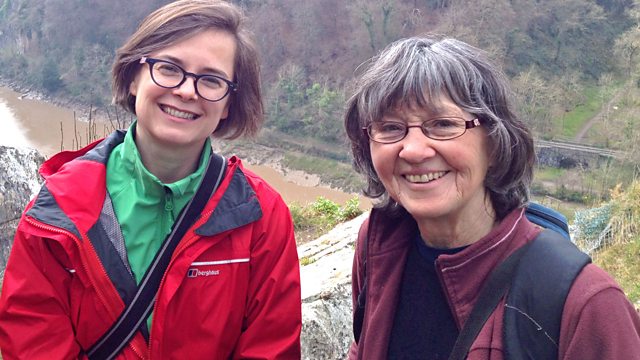 With Brunel's iconic Clifton Suspension Bridge towering over head, pull on your hiking boots and join Felicity Evans as she steps away from Bristol's busy city streets and delves into the dense undergrowth of the Avon Gorge.

As a haven for rare plant species, it's been classed as one of the top three botanical sites in England and with peregrine falcons circling overhead and goats roaming the land below, you could be forgiven for thinking you are in the most wild of rural landscapes - but in reality you are just a stone's throw from Bristol's City Centre.

Felicity meets with botanist and rock climber Libby Houston, who for over 30 years has explored the craggy edges of the Avon Gorge, identifying and even discovering rare plant species - one of which, 'Houston's White Beam', bears her name.

Further along the gorge Felicity joins Ben Scouse as he does his daily check on his six 'hairy conservationists' otherwise known as the six billy goats who have been bought in to graze the land in order to support the cultivation of the rare plants.

Looking upwards, author and naturalist Ed Drewitt takes Felicity peregrine spotting and reveals their history with the gorge and their royal connections and finally, Merchant Venturer Francis Greenacre explains how this land - so close to a city - came to be preserved as a wild and wonderful open space.

Walking on Water, Isles of Scilly