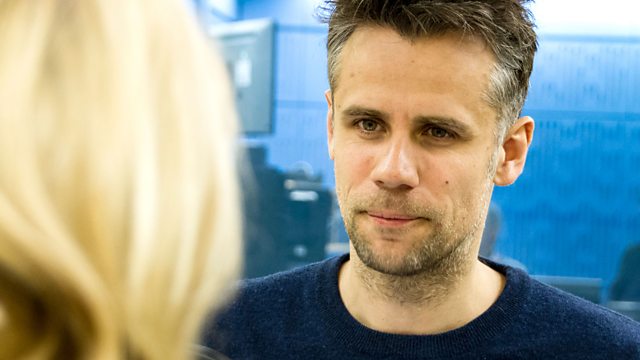 9am
A selection of music, including the Essential CD of the Week: Imogen Holst conducts Gustav Holst, English Chamber Orchestra: LYRITA SRCD223. We also have our daily brainteaser at 9.30.

10am
Artists of the Week: Orchestra of the Eighteenth Century.

10.30am
Sarah's guest this week is the charismatic and versatile radio and television presenter, Richard Bacon. After a spell on Blue Peter, he went on to co-present Channel 4's Big Breakfast. He has also presented Top of the Pops, and has guest-presented The Wright Stuff and This Morning, as well as radio drive-time shows on Xfm and Capital FM. He currently hosts the mid-afternoon slot on Radio 5 Live, and the ITV daytime game show, Show Me the Telly.

Richard admits to being a novice when it comes to classical music, but is eager to discover more about it. So, he's asking listeners from Radio 5Live and Radio 3 to suggest works that would help him on his musical journey.

The piece was originally written for harpsichord.