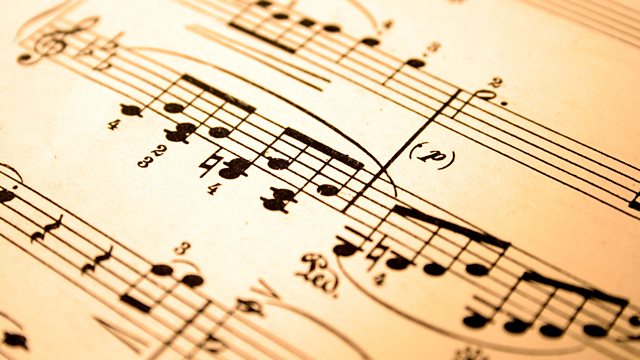 Nicholas Baragwanath explores a forgotten mode of music education used in Naples in the 18th century, which is said to have generated numerous teenage Mozarts.

Could your child compose like Mozart? While searching for a creative and fun way to teach his 3-year-old son, Nick Baragwanath discovered a forgotten history of music completely different from the usual dull routine of practice and graded exams. In the 18th century, the conservatoires (orphanages) of Naples developed an education system that enabled destitute children to become professional-level composers and performers by their early teens. Almost every famous musician of the time was trained in this way, in what is an astonishing untold rags-to-riches story. Airbrushed from history by Romantic writers, who valued the idea of spontaneous genius above the reality of craft training, the real story of ?classical? music is finally coming to light. And modern conservatoires, such as the Royal Academy of Music, are taking notice. Could this revival transform the way we teach children music?

The 18th century is widely regarded as a golden age for European music, producing Bach, Handel, Haydn, Mozart and Beethoven. But it is often forgotten that professional music-making was dominated by Italians, especially those trained at one of the Neapolitan orphanage-conservatories. How many music lovers today could name even one of the 'big four' put forward by Charles Burney in 1770: Jommelli, Galuppi, Piccinni and Sacchini? Not to mention others such as Pergolesi, Scarlatti, Paisiello, Cimarosa, etc.

They stand witness to an incredible rags-to-riches story, testament to the egalitarian ideals of the enlightenment.

Poverty, disease and prostitution were rife in 18th-century Naples, resulting in a large number of abandoned children. Conservatories took them in and taught them a lucrative trade: music. Discipline was a constant problem, and the conservatories were policed by special priests chosen for their burliness. But they developed an education system which devolved on creativity, enabling disadvantaged children to compose immaculate operas and symphonies by their early teens. Through what was probably the most effective music education system ever devised, poor children could become famous artists, rubbing shoulders with princes and the super-rich. The penniless 17-year-old Haydn had the good fortune to learn this system from Neapolitan maestro Nicola Porpora (teacher of Farinelli), in return for cleaning his boots.

Recently uncovered by scholars, 18th-century methods are gaining currency in a modern system often criticised for stifling individualism. Nicholas Baragwanath has started to train his 3-year-old son, Isaac, in the old Neapolitan way. He travels to Naples to uncover the forgotten story of the musicians who were really famous during the 18th century and to find out how they became so skilled in such a short time. Their methods involved giving children simple musical games and puzzles to play with, rather than teaching them how to read a score 'correctly'. He visits an 8-year-old girl in Surrey who has already been trained through these methods and who has composed critically acclaimed operas and string quartets. He investigates what this might mean for modern music education by speaking with educators from the UK, USA, Italy, and Switzerland.