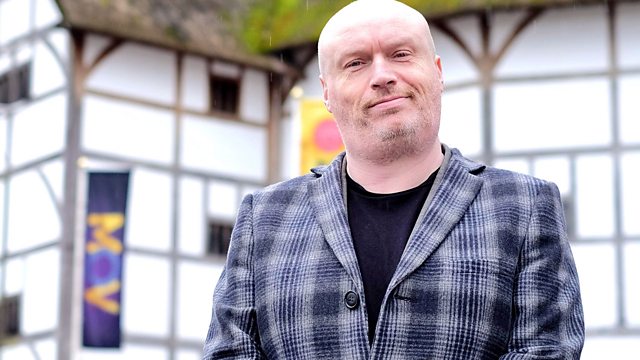 Mark Ravenhill, former Royal Shakespeare Company playwright-in-residence, challenges our adulation of the Bard and asks: Is Shakespeare's genius beyond question?

As celebrations begin to mark Shakespeare's 450th birthday, playwright Mark Ravenhill challenges our adulation of the Bard and asks: Is Shakespeare's genius beyond question? Casting a sceptical eye over centuries of bardolatry, Ravenhill calls for a new approach to the plays.

Exploring the intellectual tradition that has seen important figures from Voltaire to Tolstoy to Wittgenstein challenge Shakespeare's supremacy, Ravenhill searches for today's dissenting voices. Tracing the transformation of a working playwright into a national poet, global brand and secular god, Ravenhill asks if it's still possible to enjoy Shakespeare without being overwhelmed by the cultural and commercial baggage of 'brand Shakespeare'.

Meeting Royal Shakespeare Company Artistic Director Gregory Doran, theatre director Phyllida Lloyd and actors Simon Russell Beale and Fiona Shaw, Ravenhill explores what Shakespeare's plays mean to theatre-makers today and asks if Shakespeare is a problem for a contemporary theatre which seeks to give an equal representation of women's experience of the world.

Joining RSC actors in a primary school for a performance of Taming Of The Shrew, Ravenhill wonders if a play of such dark and complex sexual politics is really suitable material for ten-year-olds.

Scholar Ania Loomba describes India's changing relationship with Shakespeare, while Professor Gary Taylor talks about the ambivalence of large parts of America toward the Bard.

With readings by Amanda Drew and Paul Ritter.

Part of Radio 3's celebration of the 450th anniversary of Shakespeare's birth.