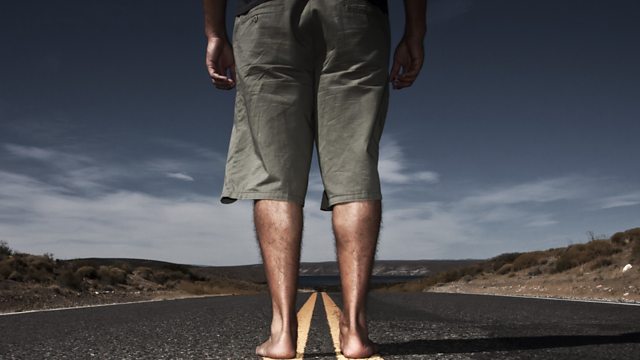 The Testament of This Day

By Edward Bond. Arresting drama about the world today. A young man embarks on two journeys. He is in control of only one. He soon discovers there is no going back, from either.

A new radio play written and directed by Edward Bond, one of our greatest living playwrights, who turns 80 this year. In true Bond style, this confronting and disturbing drama connects with realities of our lives and societies. A young man embarks on two journeys, He is in control of only one. He soon discovers there is no going back, from either. An arresting drama about the world today.

As one of the most important and prolific post-war playwrights, Edward Bond has been at the forefront of radical, political and influential drama for over 50 years. He is one of the most produced playwrights in Europe. He was born in London in 1934. He had virtually no formal education and left school at 15. The Royal Court Theatre staged Saved in 1965. The play created a national scandal, which was instrumental in the abolition of censorship of the English stage, and established Bond as a major British playwright. He has written more than 50 plays, including Lear, The Sea, Bingo, The Woman, Restoration, The War Plays and 'The Paris Pentad' (Coffee, Crime of the Twenty-first Century, Born, People, Innocence). Many of these have attained the status of radical classics.

The Testament Of This Day is Edward Bond's third original radio drama, the previous two, also for Radio 4, Chair, and Existence having both become stage versions that have been translated and performed in many countries. Bond has found a passion and a new voice in the writing of original radio dramas, produced through his long term collaboration with radio drama producer Turan Ali.

Edward Bond has also written poetry as well as texts for the cinema and opera, and a large body of theoretical work on drama. He also works as a director (often of his own work), including this radio drama, his radio directing debut.