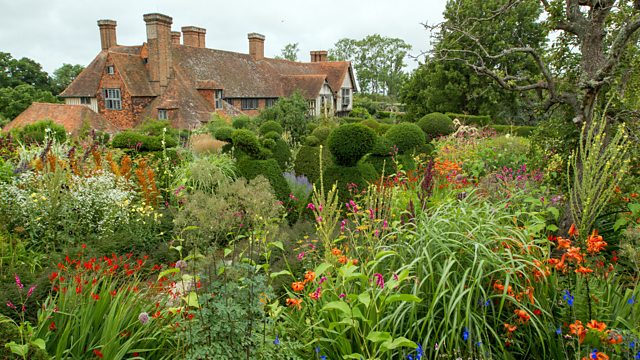 British Gardens in Time
Episode 1 of 4

Series exploring four iconic gardens looks at Great Dixter, which lays claim to being the most innovative, spectacular and provocative garden of the 20th century.

Great Dixter lays claim to being the most innovative, spectacular and provocative garden of the 20th century. Made famous by the much-loved eccentric plantsman and writer Christopher Lloyd, who used the garden as a living laboratory and documented his experiments in a weekly column in Country Life, Great Dixter began life as a Gertrude Jekyll-inspired Arts and Crafts garden surrounding a house designed by Edwin Lutyens.

The Lloyd family created Dixter just before the outbreak of the First World War with the intention of establishing a rural idyll for Christo and his five siblings. Dixter was to be both Christo's horticultural nursery and the setting for his rebellion in late middle age as he finally threw off the shackles of his intense bond with his mother to make the garden and his life his own.

See all episodes from British Gardens in Time

See all clips from Great Dixter (2)