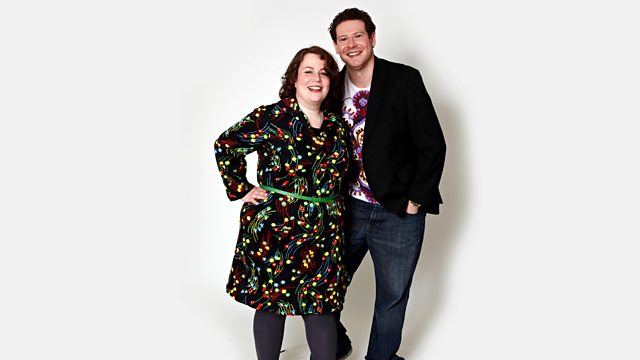 Helen Zaltzman and Olly Mann investigate the phenomenon of 'podcasting', featuring podcasters including Richard Herring, Marc Maron, the Bugle and many more.

Part 2 of a two-part investigation of the phenomenon of 'podcasting', a word first coined ten years ago. Helen Zaltzman & Olly Mann, co-hosts of Britain's favourite home-made podcast, Answer Me This! (500,000 downloads a week), talk to popular podcasters Richard Herring, Marc Maron, Roman Mars, the stars of The Bugle, One Bad Mother and Betty In the Sky, and the writers of Welcome To Night Vale about obsessive fans and how to make podcasting pay. Radio 4's Nigel Smith discusses the role of podcasts at the BBC and commentators Nate Lanxon, Jemima Kiss and Ben Hammersley (who coined the word podcasting) look forward to another ten years of downloadable radio programmes.

See all episodes from Podcasting - The First Ten Years