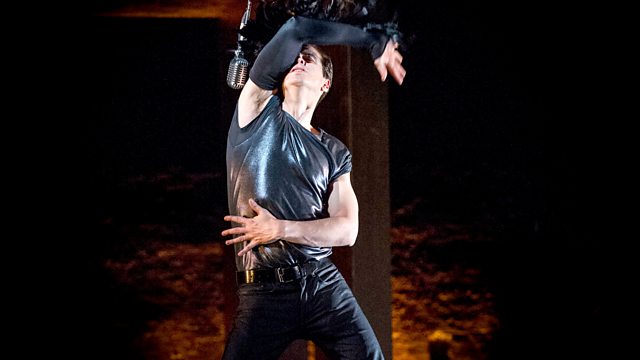 Geoff Mulgan, champion of social innovation and design and Lionel Bently, barrister and copyright expert on intellectual property, and novelist and game inventor, Naomi Alderman, join Philip Dodd to discuss the ever-changing meaning of Originality. In 1976 Raymond Williams published a list of Keywords and gave his definition of Originality but its social meaning is very different to its meaning in law - why - and is the latter doing harm to the former?
Philip joins Nicholas Penny at the National Gallery to talk about the meaning of greatness in art in front of the new exhibition - Veronese: Magnificence in Renaissance Venice.
As Simon Stephens' play Birdland,about a monstrous rock and roller, opens at London's Royal Court, the playwright talks inspirations, death and originality with Philip Dodd.

The exhibition Veronese: Magnificence in Renaissance Venice is on display at The National Gallery in London until 14 June 2014.

Birdland, by Simon Stephens, is at the Royal Court Theatre in London until 31 May 2014.

Keywords by Raymond Williams, first published in 1976, has been reissued in paperback and e-book.

Keywords: Art, Culture and Society in 1980s Britain, an exhibition inspired by Raymond Williams's book, is on display at Tate Liverpool until 11 May 2014.