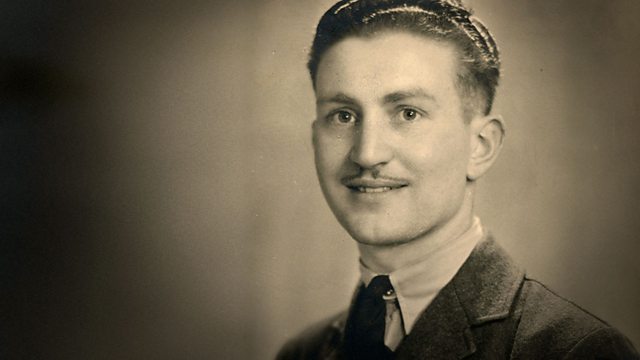 Eve Ferret is a cabaret performer. She first performed at the Blitz club in London in the late 70s and early 80s and appeared in the film Absolute Beginners with David Bowie. After a 30 year gap from performing, she is back with a new show Ferret Up the Arts at the Arts Theatre in London. Her first album (as yet unnamed) is also about to be released. She also starts her Don't Be So Shellfish tour of British seaside towns in April. Ferret Up the Arts is at the Arts Theatre, London

Eric Carter is the sole survivor of 81 Squadron, a Royal Air Force fighter squadron which took part in a secret mission to the Soviet Union in June 1941. The mission, code named Force Benedict, was initiated to defend the port of Murmansk which was the country's only port not under Nazi occupation. RAF Wing 151 - comprising 81 and 154 Squadrons - had a range of objectives which included teaching Russian pilots to fly Hurricanes, escorting Russian bombers over German lines and flying numerous patrols against the Luftwaffe. Eric's book, Force Benedict, written with Antony Loveless, is published by Hodder & Stoughton.

Ray Cooney is a writer, director and actor. His play, Two Into One about a philandering MP is currently at the Menier Chocolate Factory. Ray's theatrical career began as a boy actor in 1946 before he went into repertory theatre and joined the Brian Rix Company at the Whitehall Theatre. His writing career includes the hits Move Over Mrs Markham, Run For Your Wife, Out of Order for which he won an Olivier Award. Two Into One is at the Menier Chocolate Factory.

Cambridge Jones is a photographer whose subjects have included several Prime Ministers, members of the Royal Family, Hollywood celebrities and rock stars. His latest exhibition, 26 Characters, at the Story Museum in Oxford features many of Britain's best loved writers and storytellers transforming themselves into their favourite character from a childhood book. Participants include Julia Donaldson, Shirley Hughes, Terry Pratchett and Malorie Blackman. 26 Characters is at the Story Museum in Oxford.